Prior to the recent rash of shootings, the most hated man in America was undoubtedly former Stanford swimmer and convicted rapist Brock Turner.  Turner’s rape trial and the subsequent outrage for his six month prison sentence was the lead news story for a number of weeks, especially after the heart-wrenching letter written by his victim was made public by BuzzFeed.  The case became so well known that even Vice President Joe Biden commented on the situation in a touching letter written to Turner's unnamed victim.

While Brock clearly wins the ‘Most Hated Man in America’ title, a close second place finisher would have to be Brock’s father, Dan Turner.  The elder Turner has been rightly savaged in the media for the letter he wrote to the judge deciding his son’s sentence.  As many other commentators have pointed out, the letter profoundly minimizes the extent of the trauma that Brock inflicted on his victim while simultaneously claiming victimhood for Brock.  In his letter, Dan Turner tries to make the case that his son has already been deeply wounded simply by being charged with a sex crime.  Turner writes that Brock “barely consumes any food” since he was arrested, and no longer has an interest in his favorite meal of a “big ribeye steak.”

While much of Mr. Turner’s letter is full of minimization and denial, that’s only part of the story.  When I read Turner’s letter in its entirety, I found something else there as well.  I found a man struggling—in a raw and inarticulate way—to understand how his seemingly kind, engaging and deeply loved son could possibly be capable of rape.

In portions of the letter that have not gotten as much media attention, Mr. Turner recounts sweet memories of chaperoning school outings for Brock.  He writes, “I loved every minute of it because Brock was a pleasure to be around and he always treated the other kids, parents and teachers with respect.  I will cherish the memories of those years forever.”

As a parent, those words chill me.  You don’t have to probe very far beneath the surface of the letter to see Mr. Turner’s profound grief over the loss of the son that he thought that he knew.  Brock, the golden boy both brilliant and athletic, had become overnight Brock Turner the rapist and national pariah.

Reading Mr. Turner’s letter made me wonder what I would do if I were in his shoes.  What kind of letter would I write if my son did something this terrible? Would I be more articulate and less self deceiving, or would parental love blind me to the truth?

Going deeper, what exactly is the proper response when someone you love does something totally and utterly reprehensible?

While most of us haven’t had one of our children commit rape, many of us have had to wrestle with this question on a smaller scale.  Maybe we’ve had a sibling steal money from our parents to support a drug habit or we’ve had a friend engage in an affair.

Does love preclude us from acknowledging the wrong done by those closest to us?  Is silence in the face of wickedness permissible if speaking out would destroy our relationship and wouldn’t change the situation anyway?

But deep down, I know better.  I know that if I were put to the test, I’d probably react in much the same way that Turner did because I love my child in the same crazy, irrational way that most parents love their children.

To some extent, defending our loved ones who’ve done wrong is the most natural response in the world.  It’s human nature.  But if we’re ever going to really confront evil, we must have the courage to name it, even if it’s our own child who’s the one doing the evil.  Anything less is a failure of love.

Dan Turner isn’t the first person to have love blind him to evil and he certainly won’t be the last.  But maybe his failures will remind us of the uncomfortable obligation we have to name the evil we see, even if that evil resides in the person that we love the most. 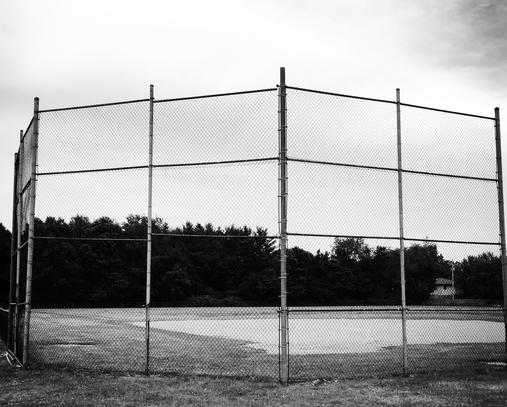